Focuses on resources for locating information on public, private, and non-profit companies.

The following examples are based on APA 7th edition but have been modified to meet the requirements of SMU Cox School of Business instructors. Always place References entries in alphabetical order by the author's surname.

Learn how to find articles in Library Search with this tutorial
https://smu.libwizard.com/library-search

Why search for articles?

Companies are often covered to a greater extent in their "hometowns" or in cities where they have extensive operations.  Logically, the people of these areas are more invested in the health, wellbeing, and performance of these companies.

Local newspapers may cover financial news, expansions (i.e. a new headquarters or the opening of a new manufacturing facility), charitable activities, and even corporate officers in greater detail than might be found in more general national newspapers and magazines.

When conducting company research, in order to have the most complete view of a company, including who they are "where they live," be sure to perform several searches in local publications.

Would you like to read the Wall Street Journal online? Use this tutorial to learn how! 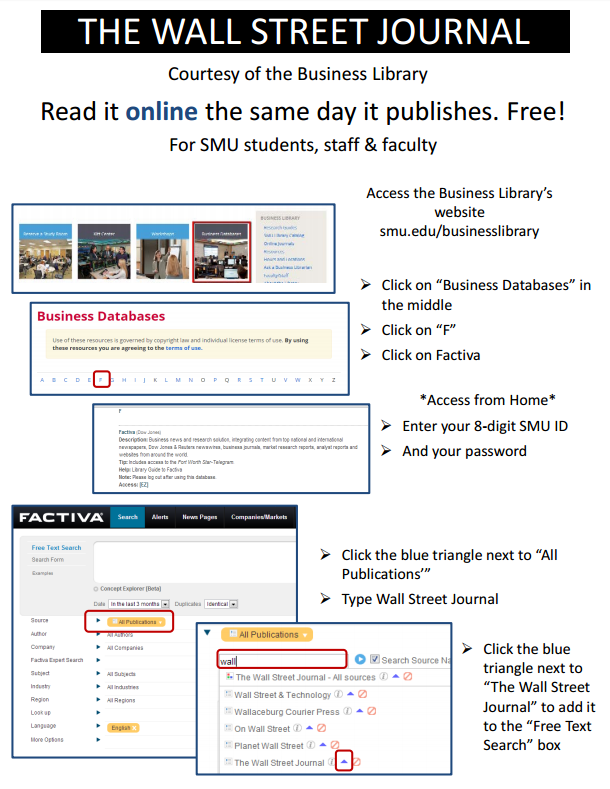